At this time of the year the Spirit of Tasmania has some scheduled day crossings to Devonport.  This appealed to me somewhat as I would be able to enjoy the views of Port Philip Bay, Bass Strait and then the sail into Devonport on the North West Coast of Tassie. 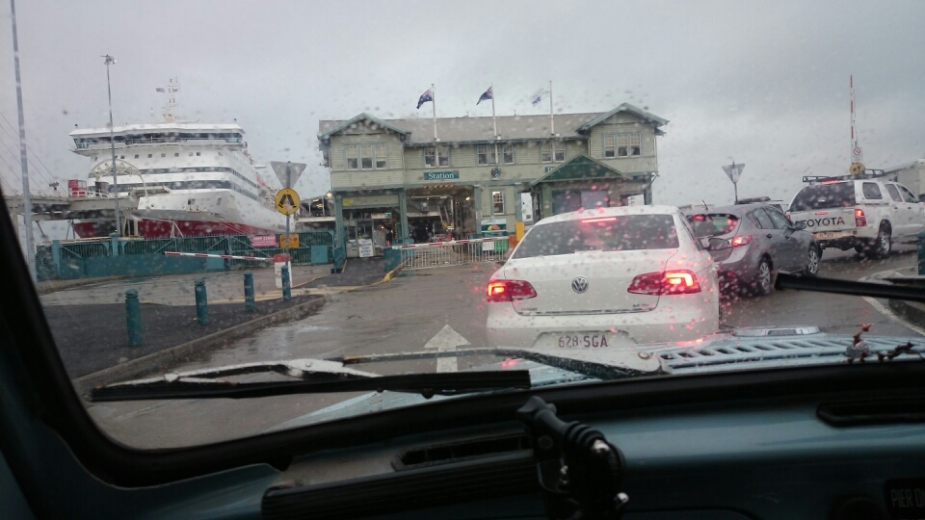 The rocket and I lined up in the drizzling rain early on Saturday morning, to board the Spirit.

I was excited to jump on board the huge ferry, I was the only VW bettle on board and I think I was the only VW bettle they have ferried across Bass Strait for a while.  The ocean was dead flat, but in saying that there were still lots of people clutching onto the handrails barfing over the side.  I was glad that I had booked a cabin and had some space and time to myself. 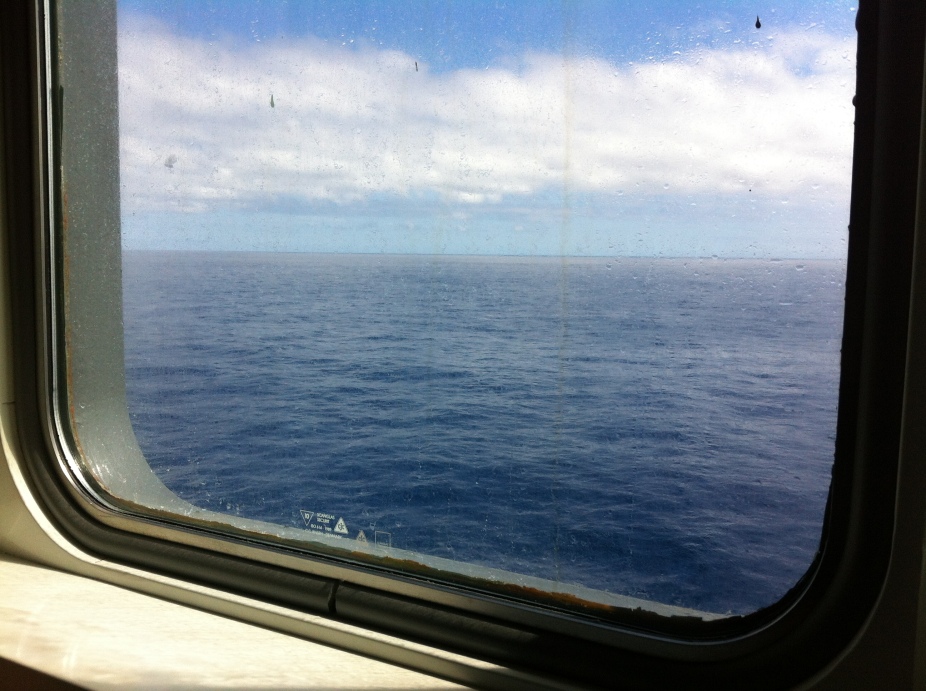 A room with a view of the flat calm ocean.

It is amazing that this stretch of water which can be so treacherous, was so calm for my crossing.  The Spirit of Tasmania is such good value for money, it was cheaper for me to do a return trip to Tassie with a very comfortable private cabin with a TV, on a huge ferry with a movie cinema, and lots of different food options, bars and restaurants,  than to go across to Kangaroo Island.   We docked at Devonport around 6pm and were given gift packs and vouchers as we disembarked.  A great welcome.

The ferry nearly takes over the entire town when it arrives.

I set up camp at the Mersey Bluff Caravan Park, which was excellent, so I stayed a couple of nights and had a good look around. It was surprisingly hot, so I enjoyed a couple of refreshing swims at the beautiful beaches dotted along the coast. 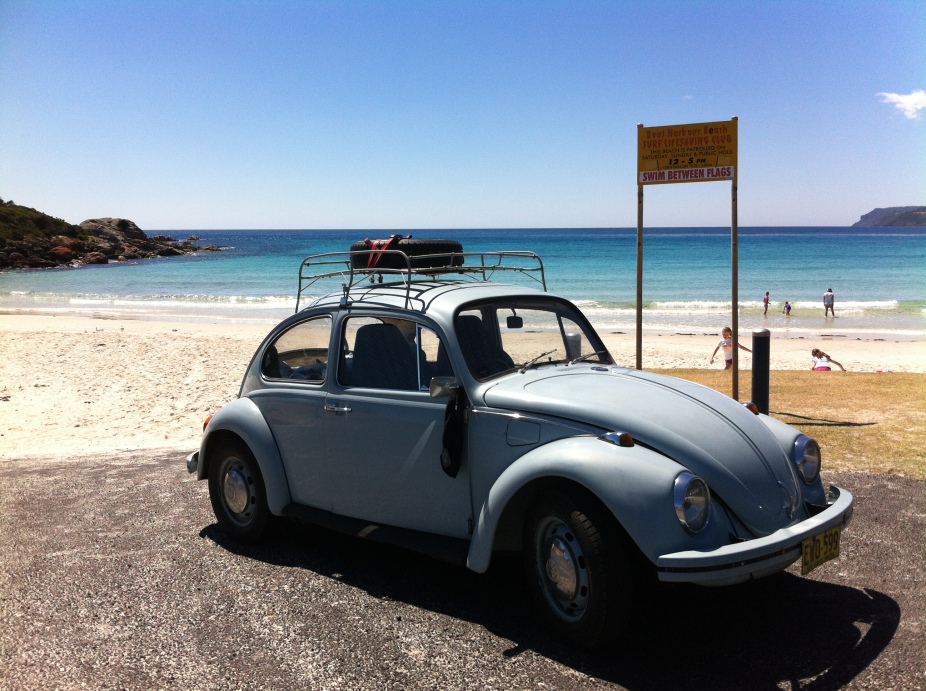 With beautiful weather, great driving conditions, great roads and spectacular scenery, the rocket and I headed West along the Coast, passing through Burnie, Wynyard and Boat Harbour. 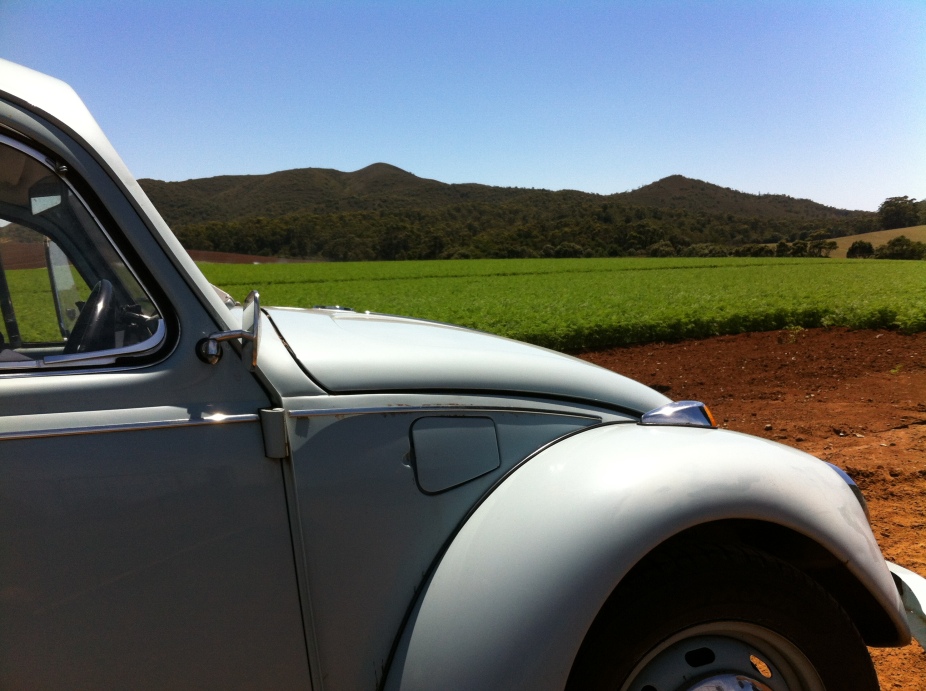 Of course there were a few short cuts !

And a few lighthouses! 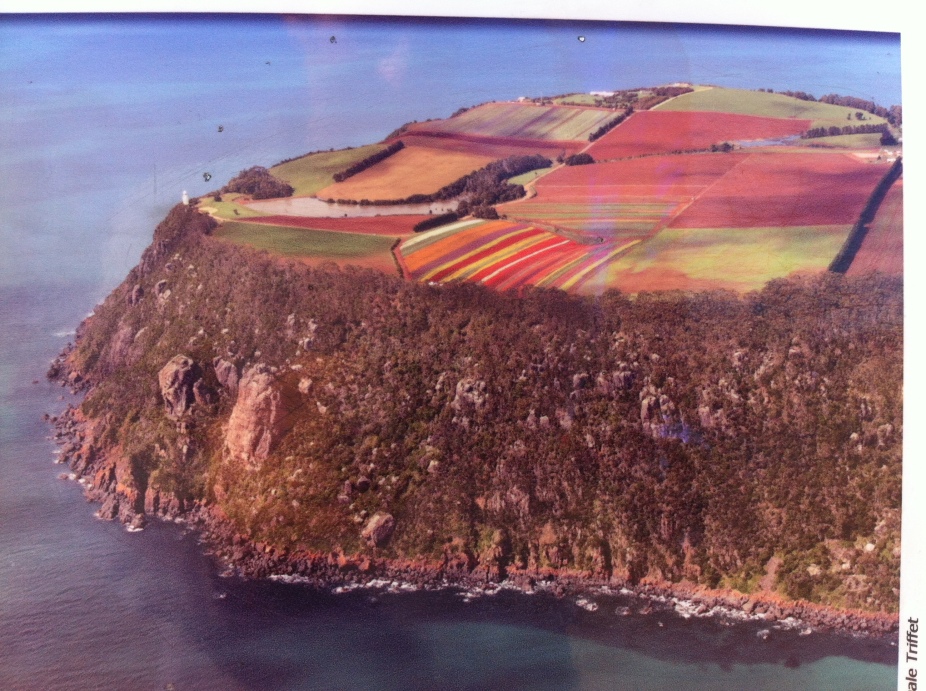 Table Cape is famous for its fields of tulips.

Stanley is famous for its landmark called the Nut.

I had a good look around Stanley, saw the house where the oldest dwarf lived, checked out one of our prime ministers early childhood homes, soaked up some of the history, ate some of the local seafood and recreated history myself.  Some may say there was another “nut” in town for a couple of days.

Tassie is famous for lots of different things.

The view from the Nut.

I found this old photo from the 60’s when the last VW drove into town. 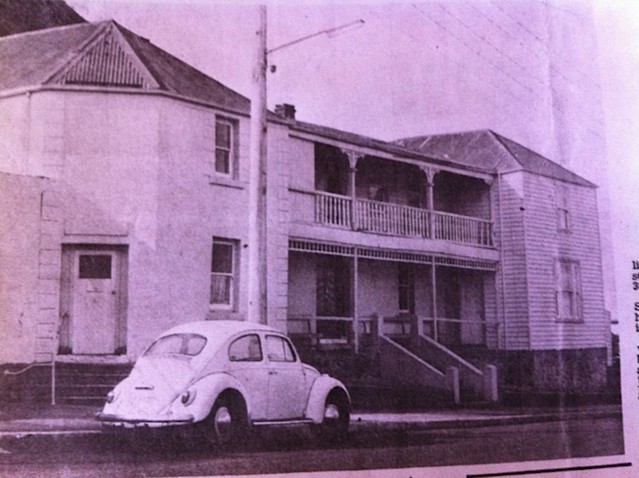 So I had to recreate history in 2015 in technicolour. 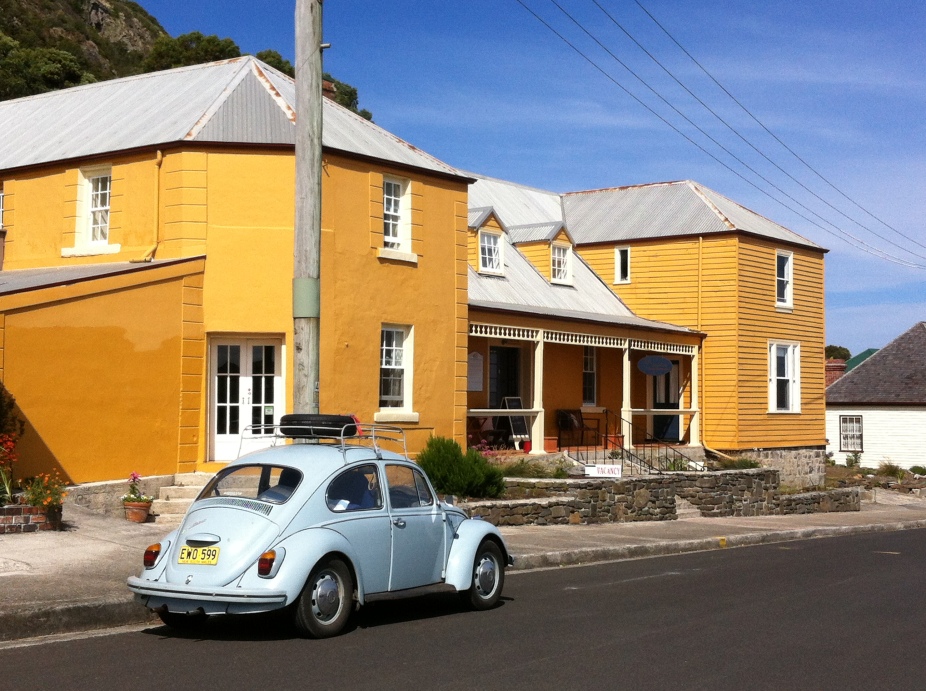 Further west from Stanley is Smithton, which is really the start of the West Coast, you have a couple of options as to which way to drive, you can take a short cut and go through the middle or you can follow the coast as I chose to do, on gravel, but simply stunning. 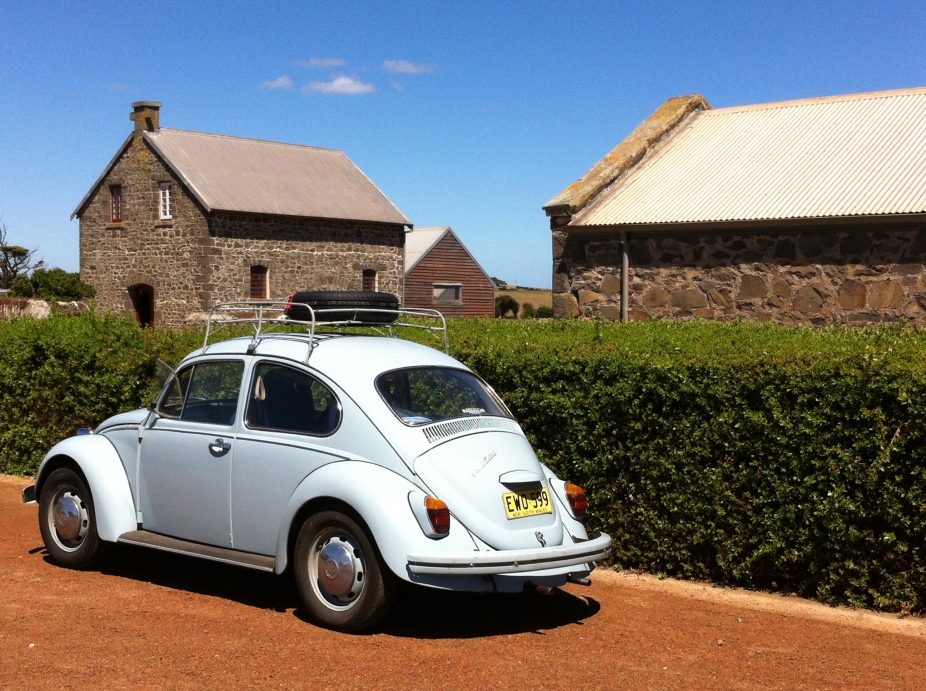 Through fields of clover.

The rocket loved the driving conditions,  there weren’t any cars, there were some great steep hills,  long straight sections, curvy sections with an average cruising speed of 70kms per hour.  No power lines, no phone signal, it was bliss! I was enjoying being in the Tassie wilderness. 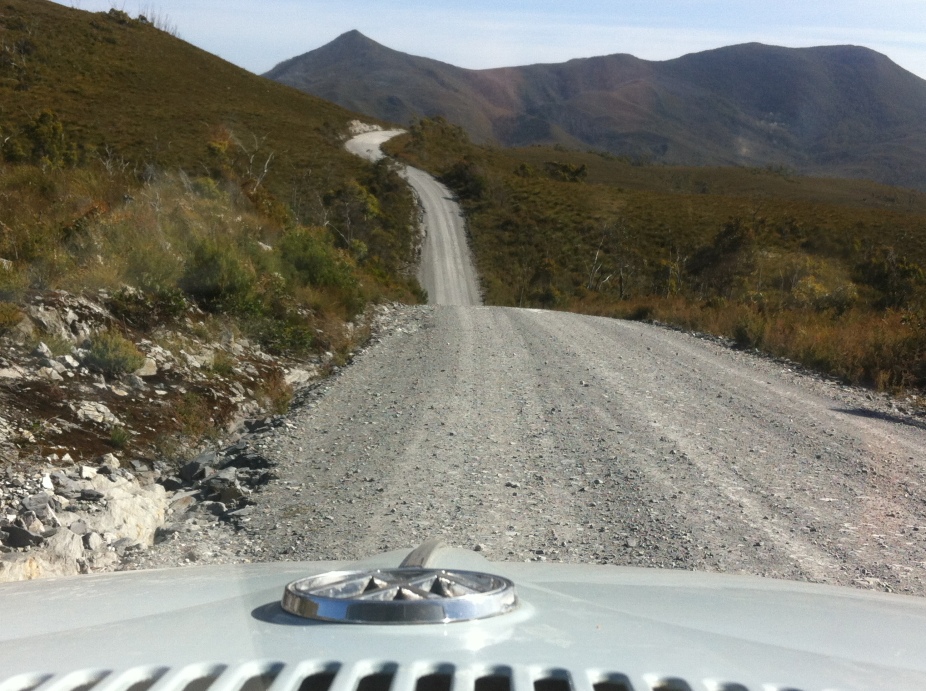 I got to a little place called  Corrina where the rocket and I  needed to cross the Pieman River on a little barge called the Fat Man!  Well the Fat Man had given up the ghost for the day, maybe that’s what happens when your overweight.  I helped the boys bleed the air out of the lines in the diesel motor and got “Fatty” going.  Lucky for all the cars lining up benind the rocket, that the skills I learnt from working on broken down ferries in my youth had paid off.

Strahan is a very cute port town about 1/2 way down the west coast on Macquarie Harbour. Accommodation was tight, but I was lucky enough to get a little patch of grass behind the backpackers where I pitched my tent.

The next day I had an amazing cruise on “The Eagle” on Macquarie Harbour (the same family have been running the ferry business for over 100 years).  We cruised out to the narrow entry to Macquarie Harbour named by the convicts on their way to the Hell on earth of Sarah Island.  Sarah Island was set up to control the uncontrollable convicts as recounted in For the Term of His Natural Life and The Ship that Never Was. 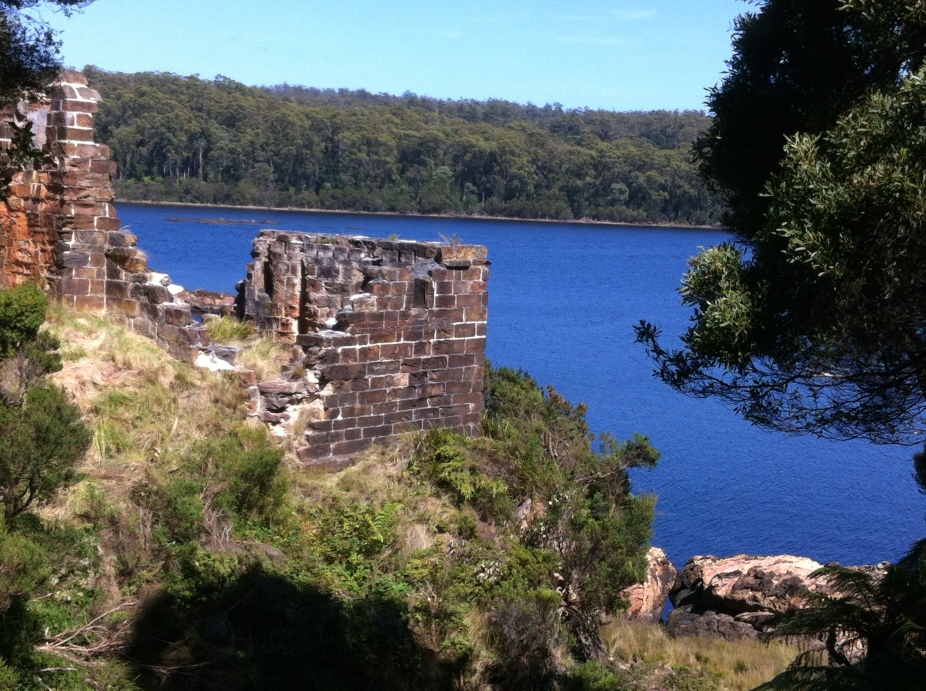 The ruins on Sarah Island

It was a stunning day as you can see from the photos, its amazing how beautiful something can look, with despite having such a bleak past.

“We can never go back and change what has been said and done, but we can always learn the lessons to make things better next time.”

You could have rowed an Olympic Eight up, down or across The Gordon River.  It was dead flat, no wind the reflections were amazing.

We were able to get off the boat and have a walk around among the Huon Pine trees.   The forest was so dense, the trees that were about the thickness of my arm are about 70 – 80 years old,  there were other trees that were monsterous in size, I can only imagine how old they are. Only the trees that fall down naturally and float down the river are able to be collected by licensed individuals for use. 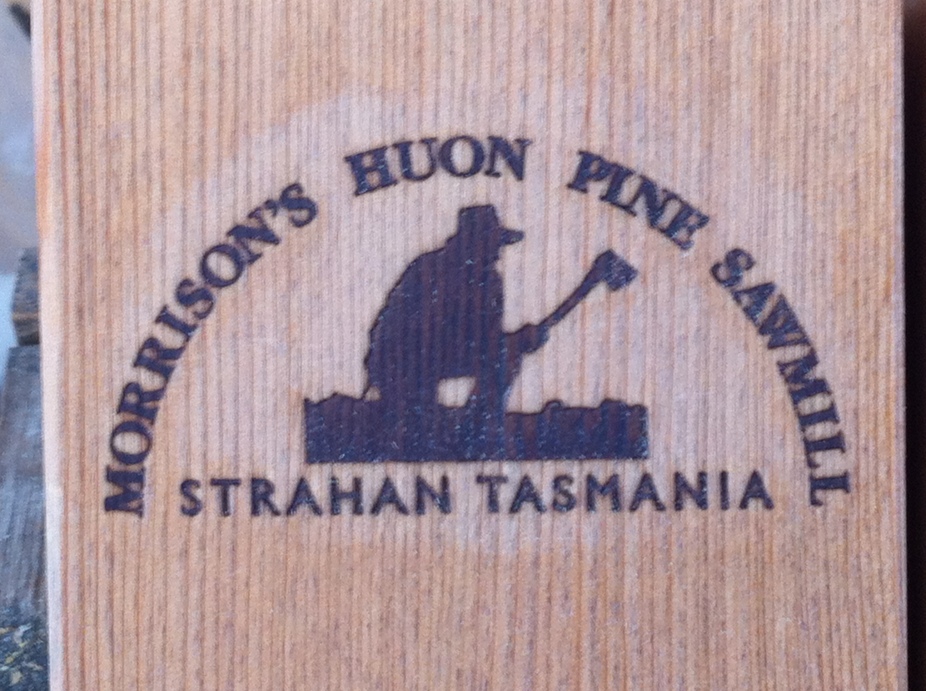 Timber from the Gordon River and surrounding forests had been used to build ships on Sarah Island.

I visited an old Huon Pine Sawmill in Straughn and saw how they used to process the logs. 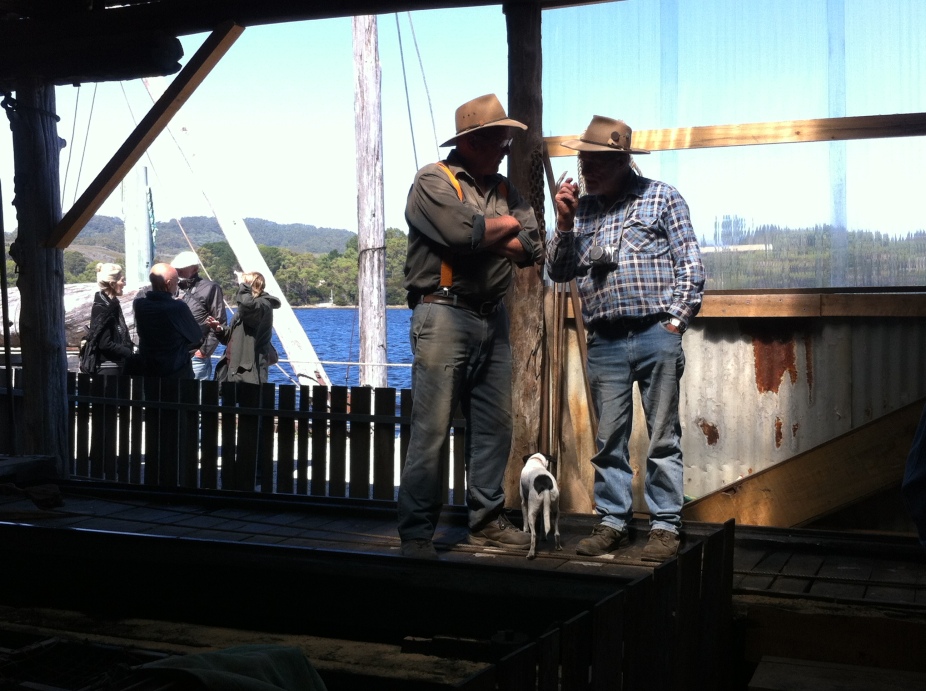 There were two old guys having a chat, I overheard one of them say to the other ” I sure I told you to cut an inch off that plank, not a foot!”

I topped off my day with a great dinner at the local pub and I watched and participated in the play “The Ship That Never Was”. 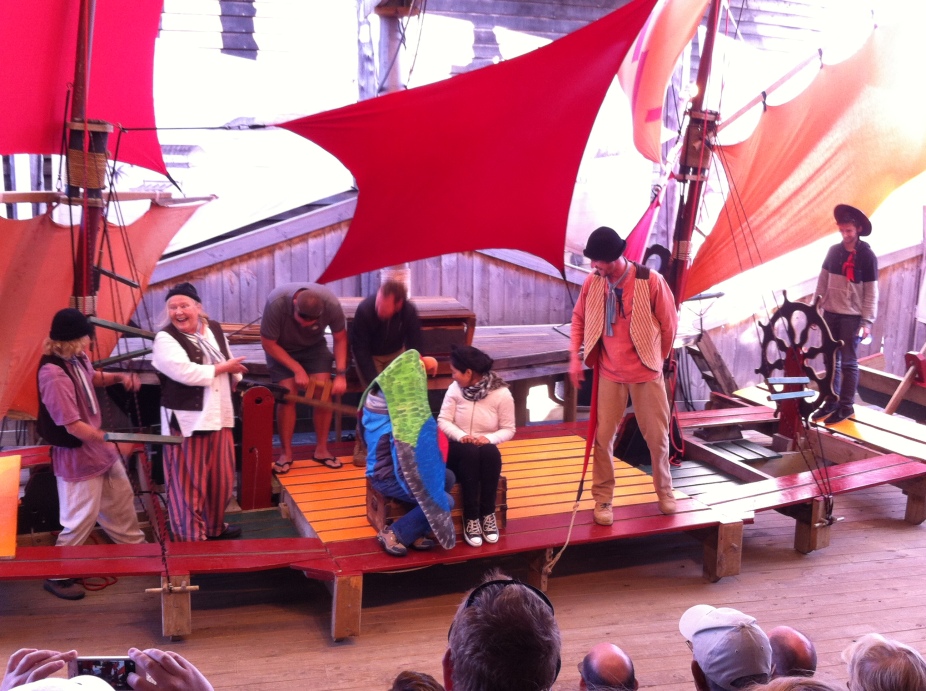 Members of the audience are encouraged to get up on stage and participate, of course I couldn’t pass up a few moments of fame on stage.

Treat each day as a treasure.

8 thoughts on “A couple of weeks overseas on Treasure Island.”