Adelaide, The Barossa and Kangaroo Island

I’m sure that not many of you will know this, but Adelaide is home to Australia’s tallest detective……..my mate Sean.  I was lucky enough to be able to stay with him for a couple of nights and enjoy some great South Australian hospitality.  The rocket was in police custody for a while when I was back in Sydney, goodness only know how many stake outs or undercover covert operations she was involved in but I did get her back in one piece.  Thank you senior detective Sean for keeping a watchful eye on her.

“Life is the raw material that each of us shape according to our dreams” I can relate to that!

The RM Williams heritage museum is worth a visit if you are in Adelaide.  There is a great story behind how he established his business and went on to become one of South Australia’s most successful businessmen and an icon.   He started off making really good boots and clothes for people working on the land, his boots are still made in Australia but unfortunately a lot of the clothes are now made overseas. 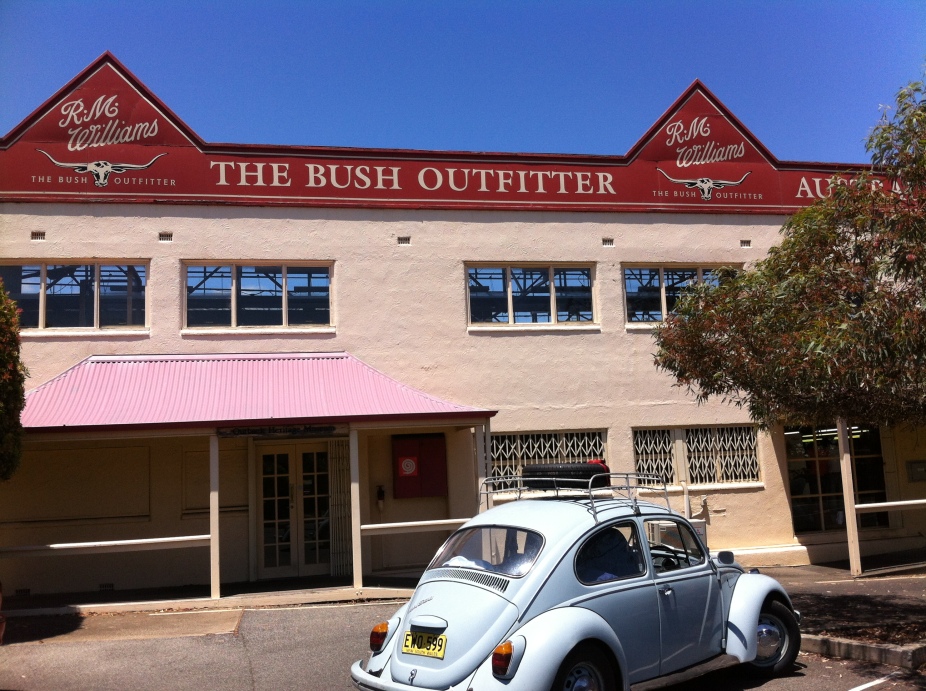 Robbie joined me in Adelaide as navigator and we headed off to the Barossa Valley for a few days.  The Barossa Valley is only an hour or so out of Adelaide, which is pretty good going even in the rocket.

First stop was Tanunda which is where stage 1 of the Tour Down Under started.  Tanunda is a great little town full of really friendly people.   We were in town for the Christmas parade.  Everyone and their dog were either in the parade or watching. 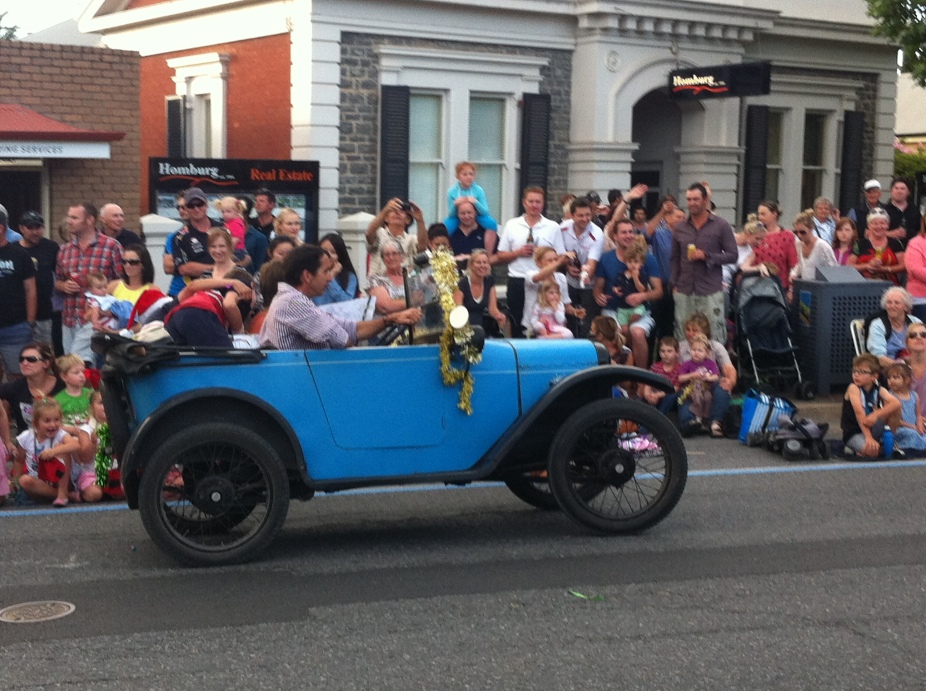 The team at Getaways Reservation Service found us a great B&B in Angaston.  We visited a number of wineries: Penfolds, Seppeltsfield,  Whistler and Yalumba to name a few.  Some amazing old buildings! 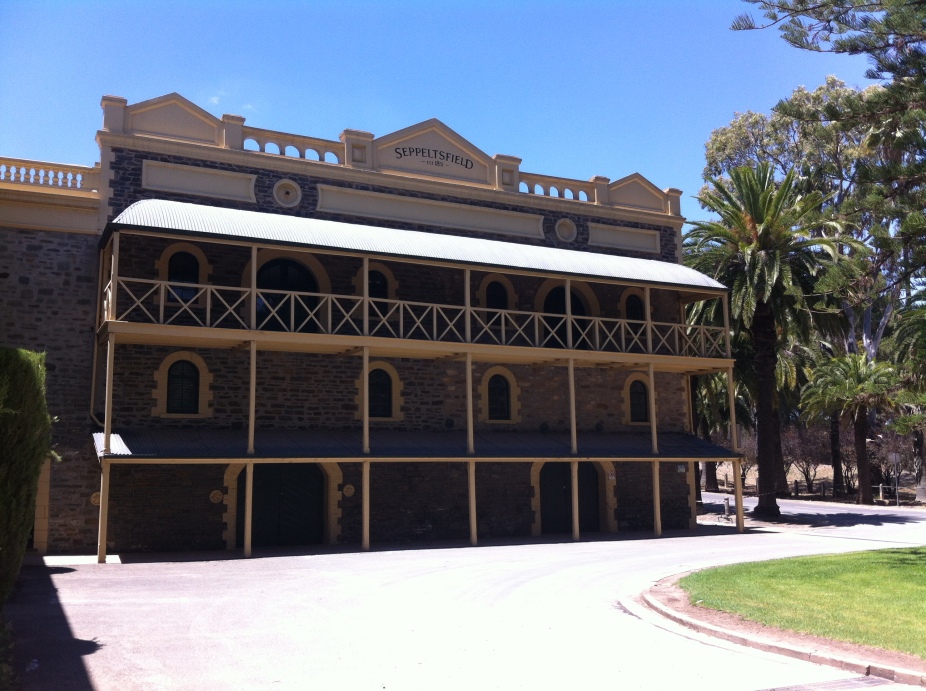 The local farmers market on each Saturday morning, was full of wonderful fresh organic produce. We had a delicious lunch at Maggie Beers Farm produce shop on the edge of the dam and found a blacksmiths shop still working in Angaston. 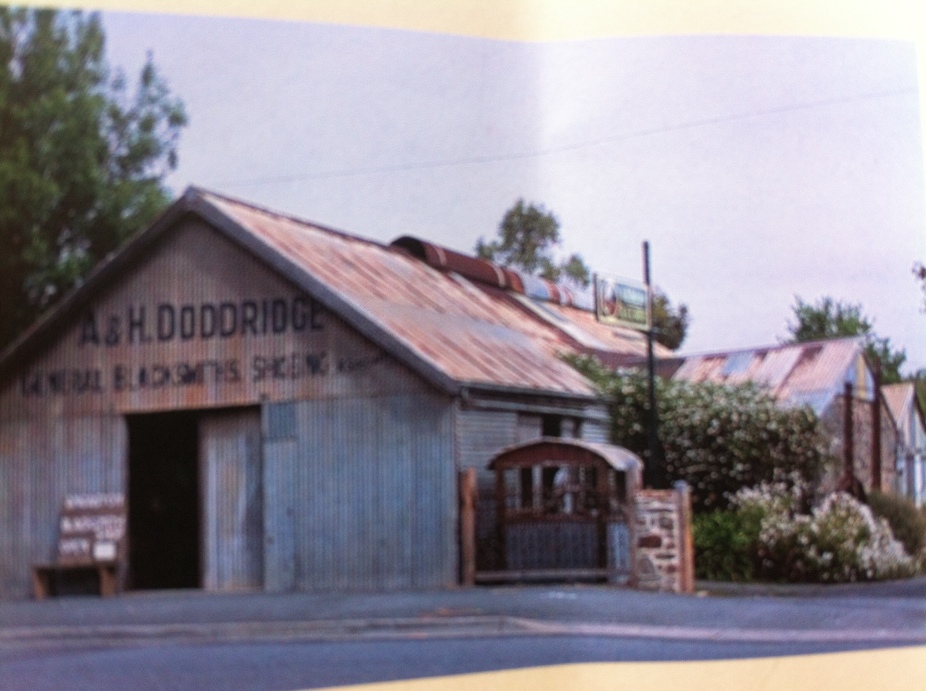 After a great weekend in the Barossa it was back to Adelaide for a magnificent dinner at Sean’s friend Mario’s place.  Mario used to run one of Adelaide’s most celebrated Italian restaurants. We feasted on some magnificent local prawns confirming my thoughts that South Australia has some of the best seafood in the country!

Kangaroo Island, Australia’s third largest island sits at the bottom of the Fleurieu Peninsula, accessible by car ferry, the most expensive per km in the world! 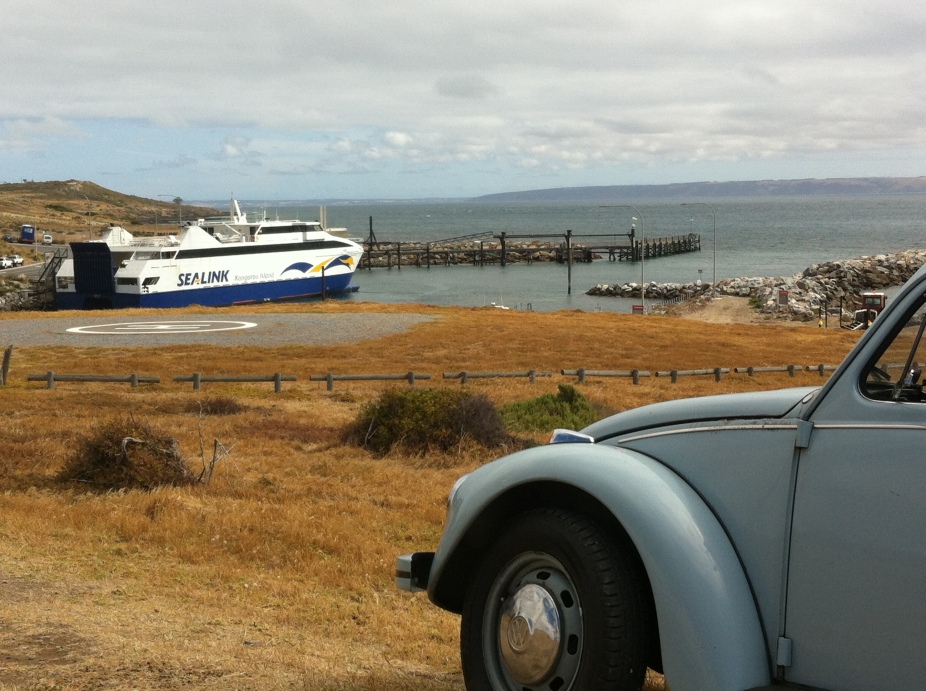 … just Across the Water, but a World Away!

“Think of an island with 509km of Coastline & 155km from the East Coast to the West Coast. With native bushland, wildlife, adventure & exploring. Where pristine beaches, local produe & sunsets are on your doorstep. You’ll need longer than you think!”.   So says their advertising campaign and so true.  It’s expensive to get to but well worth it.  I think the high ferry prices keeps the riff and the raff off the island, which really suits everyone. 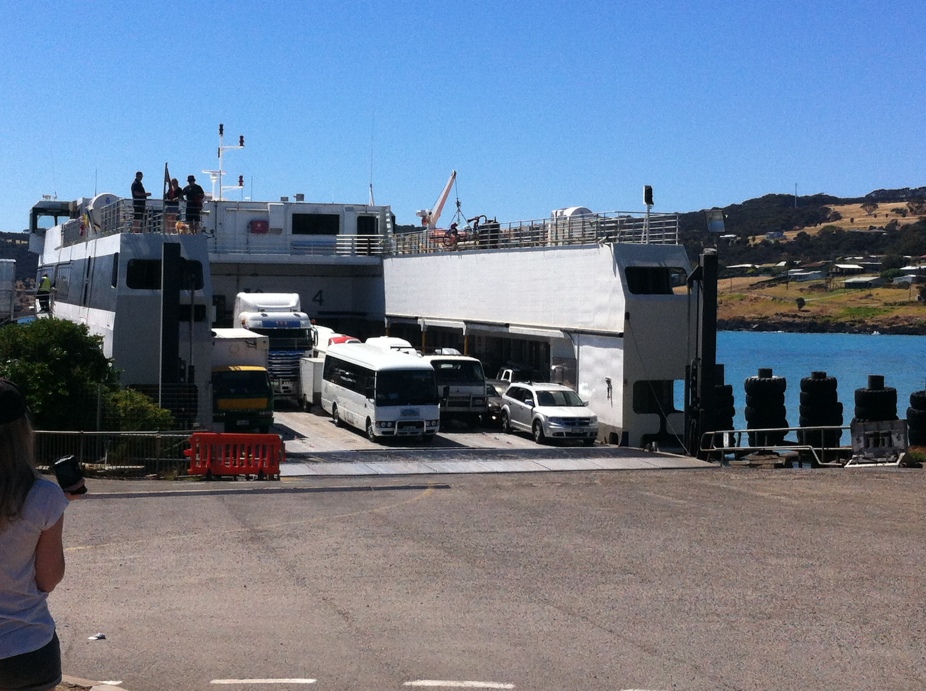 The best way to describe Kangaroo Island is that it is like all of Australia put together on one little island. The scenery is amazing, cliff faces, beaches, red dust,  dirt roads and sealed roads, there are lighthouses, national parks and state forests, granite rocks, amazing beaches, fields of wheat, rows of grapes, kangaroos, lizards, alpacas, sheep, snakes and wedge tail eagles………have I missed anything?  I liked Kangaroo Island so much I might write a song for my ukulele about it!!

One of the great friendly pubs on KI 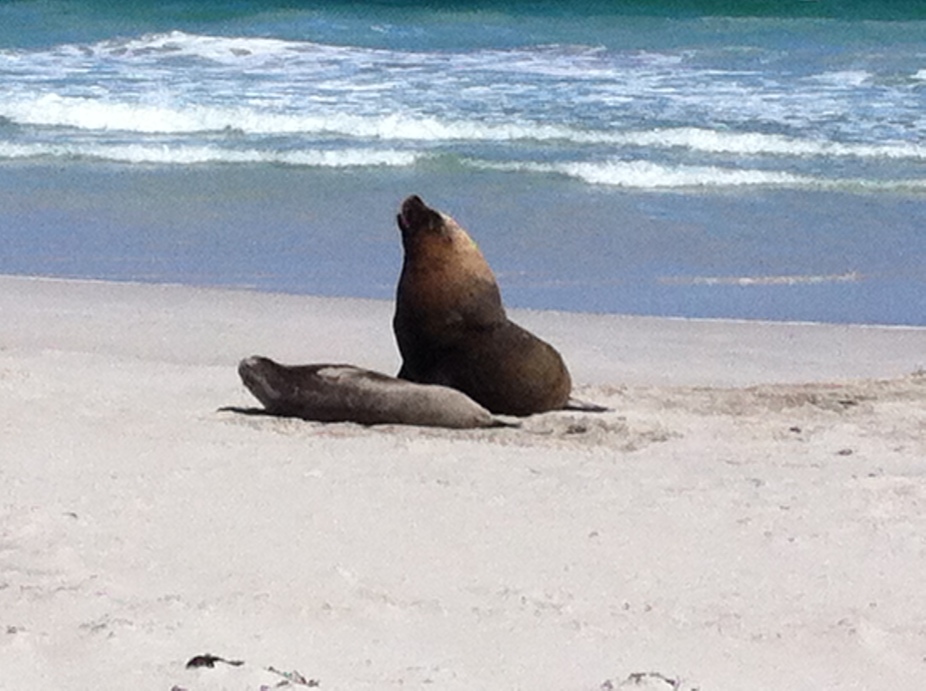 A couple of the local seals doing the wild thing on the beach! 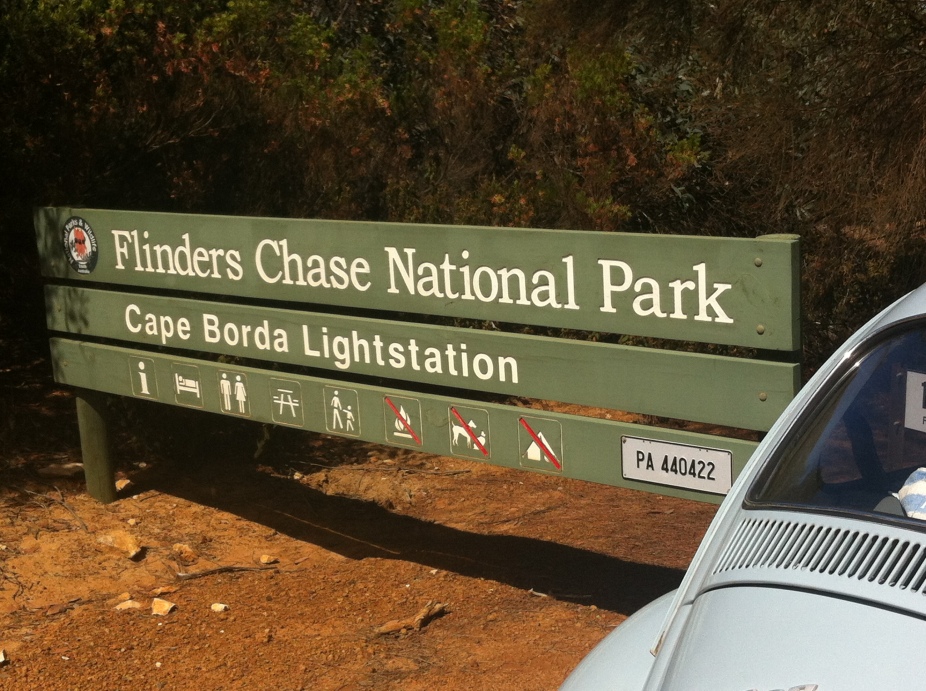 Lighthouses of all shapes and sizes.

I visited all the lighthouses I could find on the island, and enjoyed the peace and quiet and serenity of some of the beaches and coves that used to service these lighthouses when everything arrived by boat. 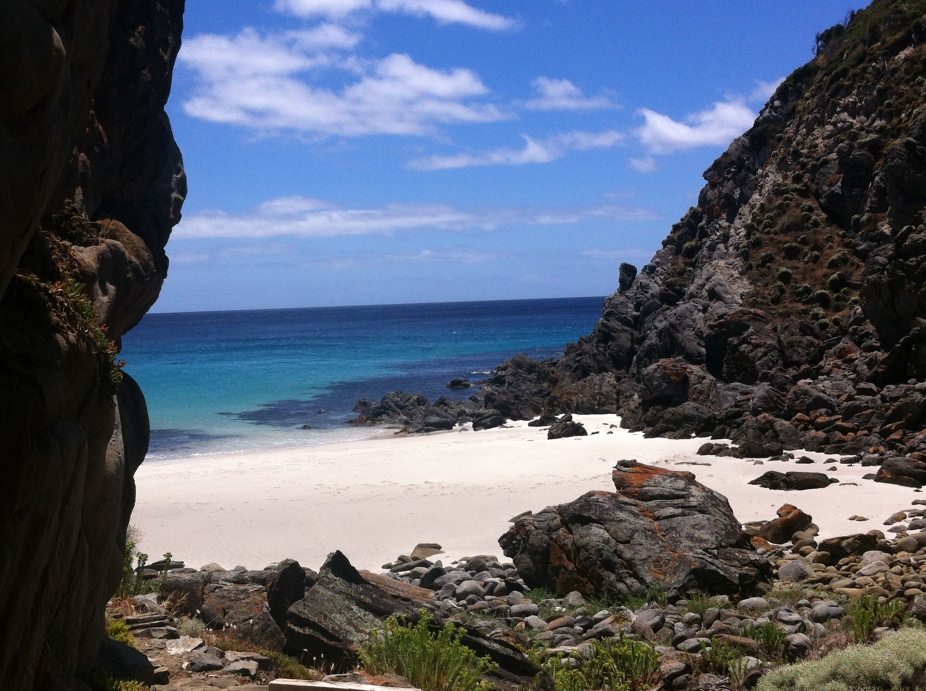 Even though it was the beginning of the school holidays, there weren’t that many tourists, I had most of the island all to myself. 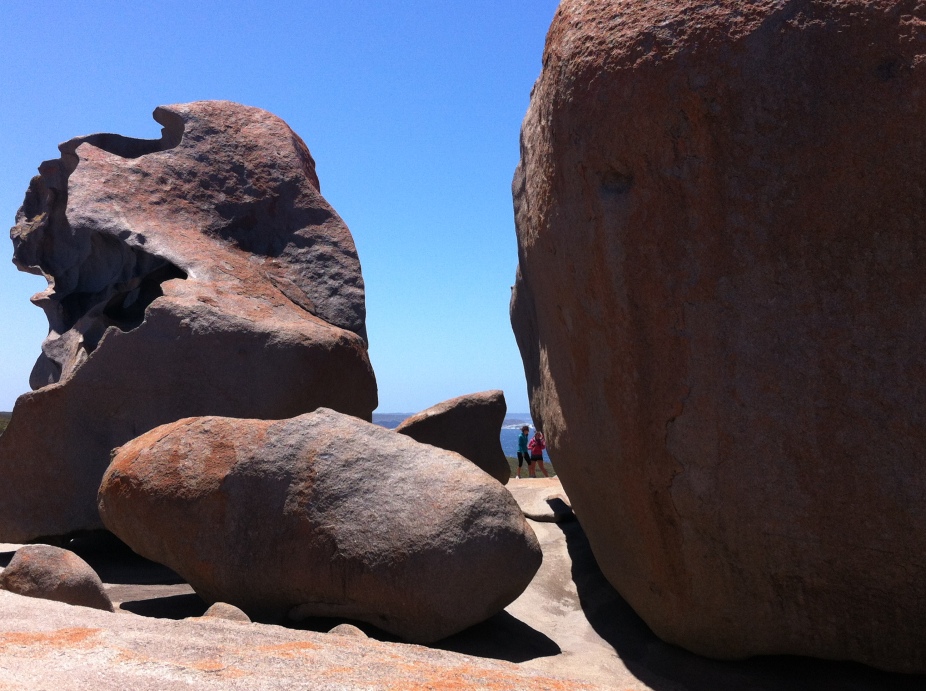 The Remarkable Rocks were really something, remarkable in fact!

On my last night I had a little camp site right on the waters edge at American River across the road from the AFL oval.

At the oval is a place called “The Shed” where the local ladies cook and serve dinner for $10 a head.  They took on the challenge of feeding me up and couldn’t do enough for me, it was a great night.  There is a tremendous sense of community on the island. 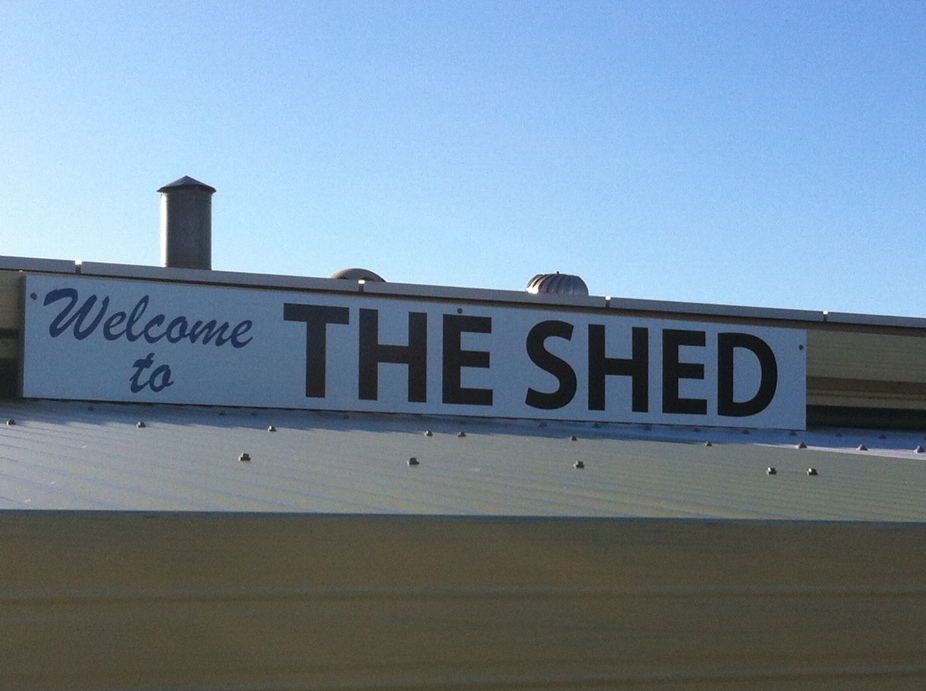 Dinner was great at “The Shed” 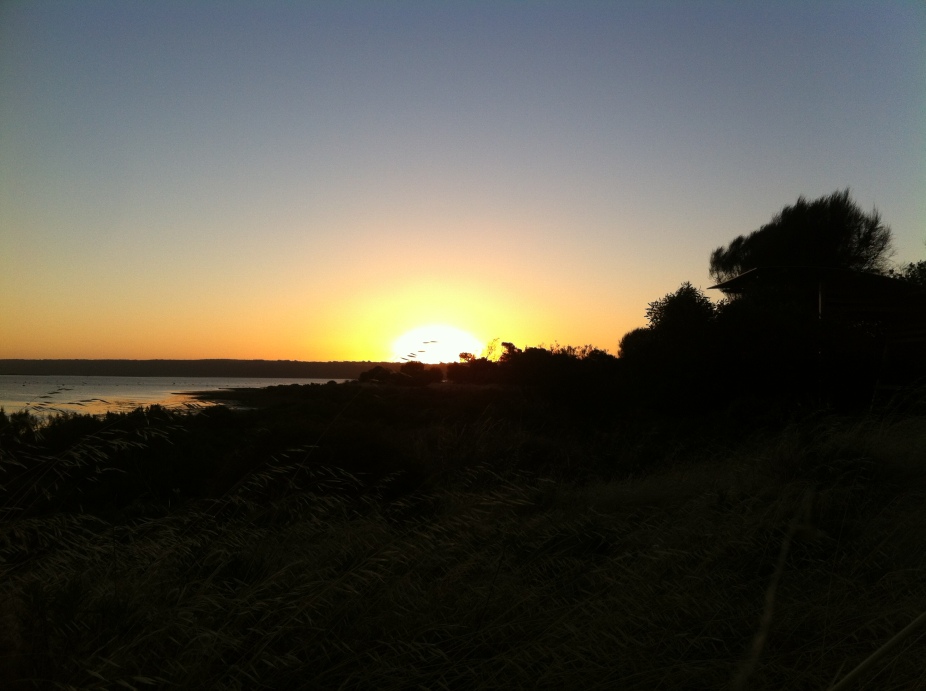 The locals say that if you stay for more than a week on Kangaroo Island there is a good chance you’ll never leave, I can understand why.

These are the lyrics to Eddie Vedder’s “Rise”, the song used on the “Let yourself Go” ad for Kangaroo Island.

“Rise”
Such is the way of the world

You can never know

Just where to put all your faith
And how will it grow?
Gonna rise up
Burning black holes in dark memories
Gonna rise up
Turning mistakes into gold…Such is the passage of time
Too fast to fold
Suddenly swallowed by signs
Lo and behold
Gonna rise up
Find my direction magnetically
Gonna rise up
Throw down my ace in the hole
Eddie actually went to Kangaroo Island before letting them use his song.
Click here to see the ad.
He gets it!
And he plays the ukulele!
Let yourself go, rise up.
Mick
Categories: Adelaide, Angaston, Kangaroo Island, Lifestyle, Maggie Beer, Mick Miller, RM Williams, South Australia, Sunsets, Tanunda, The Barossa, Travel, Uncategorized, VW Beetle
Loading Comments...