It’s a great little town that comes alive after 9 o’clock at night – this has to be seen to be believed. The queues outside the Doner Kebab shops in town –  Rocky’s Pizza and Fat Kebabs, Top of Town and Chompin Charlies to name a few, rival the queues for any boxing day sales.

No queues in the middle of the day!

I gave a ukulele recital outside the El Dorado Motel, attendance increased a whopping 100% from my previous gig, that’s if you count the stray cat and the kid walking down the street. Meanwhile the rocket was being inspected by the boys at JACAL Tint and Automotive.  if you ever breakdown in Tennant Creek give them a call 08 89621881.  These guys were great, they had a good look at the rocket and were open and honest enough to tell me that they didn’t have the expertise in vintage VW’s to do any more than have a look!

The boys from JACAL put me in touch with a beetle doctor in Darwin, which meant finding a truck to put the rocket on and finding some transport for me to Darwin. 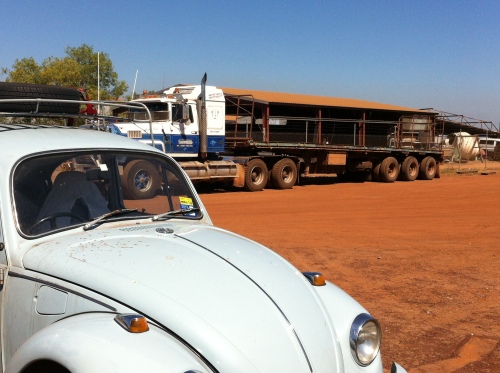 Now it was my turn………. These were my options:

Yep you guessed it, the best option at the time was the bus.

The bus to Darwin leaves at 2 am every morning,  if you ever need to catch it!!  It’s a 16 hour journey, stopping all stations (roadhouses) delivering the mail all the way up to Darwin, all 988 kms. My bus trip was a bit like a game of lawn bowls.  Just call me Jack!!  For those of you not familiar with the game of lawn bowls, all lawn bowls are either black or brown, the Jack is the only white ball on the green.  There was some serious snoring going on, but everyone was really friendly, I saw some amazing scenery during the daylight hours, it was an experience to say the least!

I arrived in Darwin just in time for a spectacular sunset.  Luckily I had booked a serviced apartment at Cullen Bay overlooking the water, it was great to have somewhere nice to crash after 16 hours on a bus. 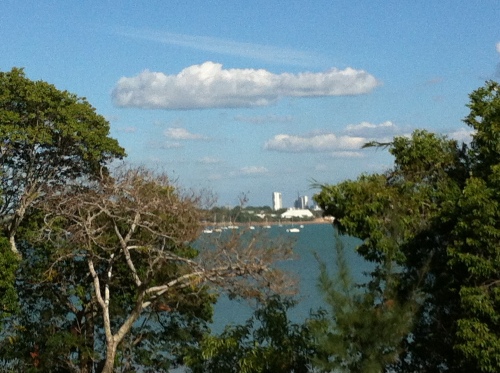 Looking across to the city of Darwin

I woke up the next day ready to see what was going on in Darwin.  The place was alive as it is peak season.  It’s a great city, its a great temperature, there is a great vibe and lots to see and do.  Everyone is on Territory time, no time frames here.  Darwin is a real melting pot of different people, different nationalities, indigenous art and culture, history and heritage, evidence of the war and Cyclone Tracey.   I visited the museum, the art gallery, the war museum, Dead Horse Gap and the Markets – Parap and Mindill. 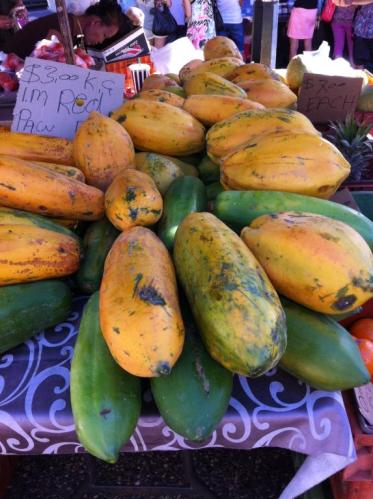 I saw a couple of nice melons at the Parap Market

I hopped on the Darwin Hop-On-Hop-Off tourist bus to visit all the sights. 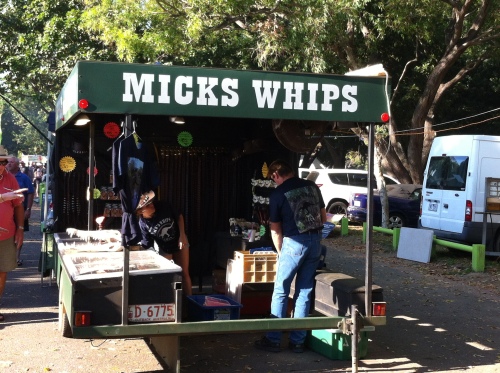 Are the Blues Brothers in town? 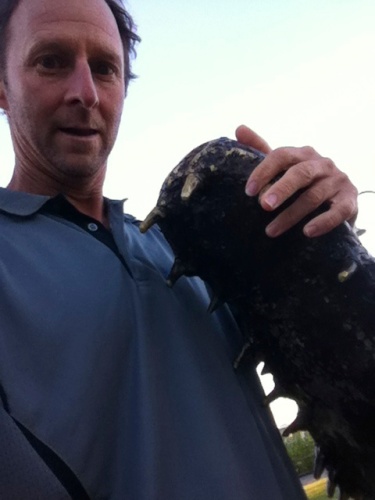 A must do in Darwin is the Deck Chair Cinema.

The Darwin film society puts on a show every night in the dry season, under the stars on the esplanade.  It was a great night I saw David Gulpilil in The Tracker.

What a great experience, sitting in a deck chair, under the stars on a beautiful balmy night, eating a great curry dinner and watching an iconic Australian movie.

The Rocket arrived in town on the back of the truck.  I dropped her at the doctor’s – MBN Automotive where she is getting a bit of a strip down and a rebuild.  After 47 years her rings are a bit worn.  I suppose after 47 years most people’s rings could be a bit worn out!

The Rocket without her rocket!  Where’s the engine? 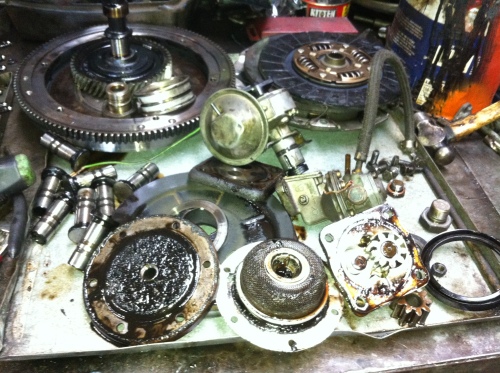 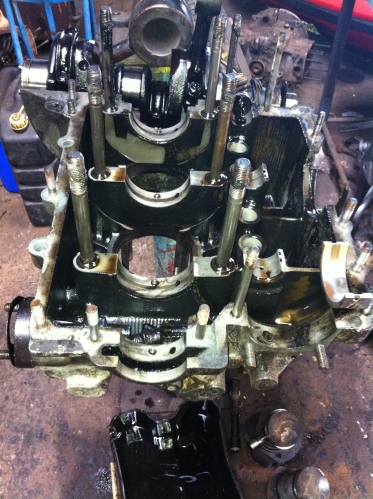 The Rocket’s rocket in a few pieces

As if I hadn’t had enough excitement in the Territory, break downs, tow trucks, lawn bowls, bus rides, croc wrestling, melons and whips.  I got a bit of a tickle in my throat and dropped into the Darwin Hospital to get it checked out.

I ended up in Darwin Hospital overnight getting my own rebuild!

A few steroids from ASADA’s banned list via a drip, a couple of cameras up the nose and down the throat – I should have been charging an entrance fee as everyone was lining up to have a look; lots of attention and care and a bed for the night.  You could say that I got a bit of a rebuild too! I was discharged the next day but because they looked after me so well I have promised to go back and play my ukulele for them all.

Nothing major, but perfect timing to get back to Sydney for my monthly medicals.  Back in Sydney I went straight to Royal North Shore for another check over, I’m feeling much better and so lucky to have such a great team looking after me.

I’m looking forward to getting back in the Rocket and back on the road again.   When I get back to Darwin I’m going to head to Litchfield National Park and Kakadu.

Begin each day with a grateful heart.  Life is a gift.